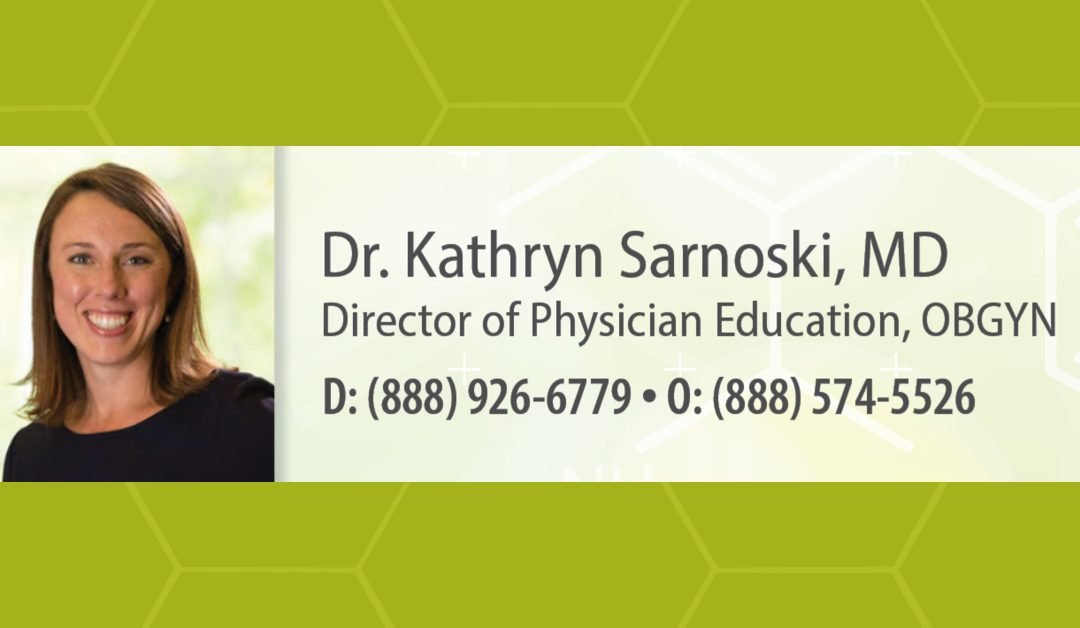 Kathryn Sarnoski Joins the Team at Contract Diagnostics, Amplifying Their Impact in Directly Educating Physicians About Their Contracts.

KANSAS CITY, MO, USA, January 31, 2022 /EINPresswire.com/ — Contract Diagnostics (CDx) is one of the most trusted entities in physician contract reviews. Kathryn Sarnoski, a physician, has joined their team as the new Director of Education. Kathryn brings personal experience in contract reviews, as well as the experience gained from consulting work where she assists other physicians, runs workshops, and coordinates training on medical professional contracts.

Having served tens of thousands of medical professionals nationwide, Jon Appino, Founder of Contract Diagnostics, has identified a persistent problem: physician education regarding the ins and outs of their contract terms is sorely lacking. GME programs often do not take the time to properly train physicians on this non-clinical, yet vital, piece of their careers.

“I wish I had a nickel for every time a physician says they read a contract and it looks pretty good. But this is what we’re seeing more often: small words, like ‘collections’ versus ‘billing,’ could completely impact your compensation. ‘After the initial term’ versus ‘starting day one’ is another example. Physicians may know their salary and think that’s the only thing to negotiate, but there is a more creative way to think about it, and if they haven’t mastered the algorithm of contracts, they are going to miss out, potentially making huge career changing decisions without realizing it.”

Not only do physicians not receive any training for contracts or business in medical school, they are rarely given the tools needed to adequately understand what they are agreeing to. The team at Contract Diagnostics has watched physicians not only experience unfair compensation but what amounts to career devastation when they are locked into non-competes, a lack of the right insurance, or other contract-related details.

What it Takes to Learn Contract Review on Your Own

Dr. Sarnoski pursued contract knowledge on her own, prompted by a mentor who made it clear that it was an absolute priority. He urged her to get a lawyer to review her first contract out of residency, a move that made it immediately clear to her that this was mission critical to the future of her career as an OBGYN.

When she decided to pursue locum tenens, or travel medicine, she broadened her understanding of contracts even further, realizing she would always have to negotiate, even in academic settings or for independent contractor agreements.

“With my travels, I’m always looking for a job that offers a contract I’m willing to sign – I’ve negotiated aggressively for several contracts and I don’t have to take whatever – I can be picky about them – but I’ve seen some clauses that have horrified me and I thought, ‘I have to educate fellow physicians so they know what they’re signing.’”

She began hosting workshops, enlisting the help of lawyers, and educating her fellow physicians with all of the knowledge she had gained about contract review and negotiation.

“I work with residents all of the time, and I can help them with so many aspects of training but contract review is so hard to train on and teach quickly and effectively. You want to go into every step of your life as educated as you can be, but for most physicians, there’s an immediate wall when they realize how far outside of their training this is. That’s why Contract Diagnostics is so important.”

As Director of Education at Contract Diagnostics, Kathryn is on a mission to help people think about more than compensation, rather, to think about the whole picture of a contract. It’s important for physicians to assess what a job means to them, and the story behind why they are pursuing it; that story will dictate what they want in a contract.

Kathryn hopes to be a familiar face to people – “…a physician colleague who can reach out and say ‘I have this resource.’

Kathryn joining the team further strengthens what Contract Diagnostics can offer physicians, and will make it easier than ever for deserving medical professionals to receive guidance they can trust.

Contract Diagnostics is available for medical professionals who need a contract reviewed because of a new job or changing jobs.

Do you want to find out if your current compensation is fair?

Have an upcoming contract that you require help with?